Sheesh I have totally been slacking on the blogging lately.

Between school, studying, working out, it’s hard to find the time!

I don’t want to throw crappy blog posts together just because I have to either.

I believe in quality over quantity

It’s Thursday yay! (aka Friday for me)

I have a four day weekend as well because Monday is labor day, score.

I think it’s time for a catch up since I haven’t been posting often.

Sunday was my rest day, which is usually always the case.

Monday I went over to the gym at around 5:30 am and completed a full body strength workout and some HIIT.

Tuesday I was a little sore! However, I still went to the gym for my only cardio day and took a spin class. I hadn’t taken spin in over a week, I missed it. We did a routine with one resistance the entire time and focused on our cadence and how to control it. This was to teach us if we were ever riding outside, we would only have one resistance and need to focus on our speed.

Wednesday I woke up at 5 am once again to get in a early morning workout. I love when I’m done with my workout before 7 am. Such a great feeling! I completed about 3 miles of running and focused on upper body strength training.

Today I haven’t had a chance to workout yet because I had class at 8am, but I will head over in a few for some cardio!

Now, I haven’t been documenting all of my eats lately because I tend to eat some of the same things. I’ve been too lazy to really go crazy in the kitchen but luckily I have my mom to cook too

Here’s the things I loved in the past few days. 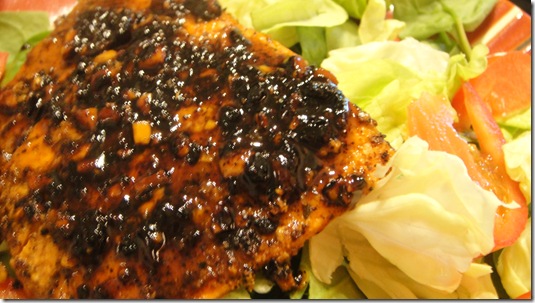 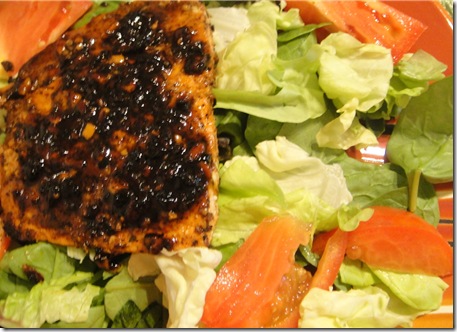 This is an almond-maple-soy encrusted salmon? I’m not really sure what exactly went into it but it was delicious. The salmon was seasoned with some spices and almonds were thrown on top, but a glaze with maple syrup and soy sauce. If anyone’s interested I can definitely tell you what was in it, just ask!

We had it over a salad with a raspberry vinaigrette dressing. Yum!

Lately I have been obsessed with this smoothie. No, I’m not 5. Yes, I’m 19. I still think it’s cute to play with my food, obviously.

I didn’t realized this until AFTER I made this smoothie, but it’s almost identical to Julie’s Ice Cream Smoothie. I went to her page to look up a new smoothie recipe, and saw that I had JUST made something similar!

However, I used 1 frozen banana, added 5 ice cubes, a dash of vanilla, and watermelon.

Why did I add watermelon? I have NO idea. I wanted it to have a slight fruity kick to it but I didn’t have any strawberries, just watermelon. I think it worked really well though! So good.

Yesterday, I also had to pick up a few things from the supermarket.

The last time we went food shopping, we forgot vegetables.

I literally could not understand how I could ever do such a thing.

So I had to go back and get some. We had some fresh veggies so I picked up some frozen ones. They were on sale too. 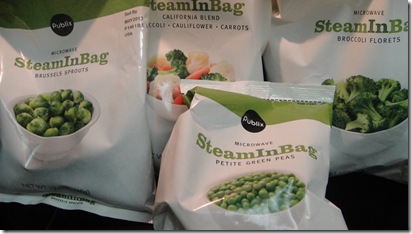 I also found these and need to try them.

We were running out of creamer and so many of the other creamers are FULL of random stuff and hydrogenated oils. No thank you!

The one we usually get also has a lot of that so I knew that I needed to try them.

I’ve only tried the vanilla so far, and it’s good! It tastes fresh and natural which I obviously am a fan of.

I hope everyone has a great day

For my fellow bloggers, do you feel guilty for not posting a certain amount of times per day/week/etc.?

Would you rather have quality posts or more mediocre posts?

I'm Brittany! 19 year old college student with a passion for health and fitness. Currently obsessed with running, my dog, and also believe in fun and moderate indulgences. The greatest accomplishment is to do what you think you can not do; so challenge yourself & go the extra mile :)

I am NOT a Registered Dietician, personal trainer, or a certified fitness instructor. Everything I post is from what I have learned on my own and what works best for me.